The reason for the disease lies beyond the current life

The cause of the disease is a very vast topic, discussed by many doctors, psychologists, theologians, sociologists, esoteric schools and homeopaths.

I will not dwell on the subject in detail here, but I will give a small example from which it becomes clear that the cause lies in a past life. This is nothing new, and there are thousands of cases in hypnotic therapy that prove this, such as Dr. Michael Newton’s ‘Life Between Lives’, Edgar Casey’s ‘You Can Remember Your Previous Lives’, and so on. In homeopathy, however, the meaning of images or sensations in past lives has a more individual meaning. Let see an example.

About two years ago I had a case of a woman with pseudoarthrosis (non-healing bone fracture) – 09/08/19. I have been treating her for 6 months. She was given Arnica, Calc-ph, Symphytum with no effect. She has been ill for 10 years and has visited many specialists, has been hospitalized, and 2 surgeries have been performed without result. I have been prescribing her Lac-c, because she felt morally low and disgraced by her friend, who had insulted and neglected her, she had affinity to dogs, but only her emotional state improved, her bone couldn’t be healed and she used crutches. Then gave her Venus mercenaria, because she was pulled back and felt closed like in a shell, but again she got better only mentally. The pain in her right knee remained, and she continued to walk hard and with cramps. In the end, I suggested doing a regression. She said that she has done it two times with no result. I said let’s try the third time.

She is quite restrained as a nature and was difficult to reach the level of sensation but with more insistence the therapy slowly went further. The case is long, so I will narrate only the extract.

She couldn’t see herself in the regression at all, but the strangest thing she reached to were images of trees.

She found herself in a house with:

– ‘Table of round trees. A small round treehouse. Chair, table, and cabinet.

– There is a ladder of round trees.

So, along with her responsibility, sense of guilt and fragility on the physical level, I reached to Fagales family from the second column and the remedy Castanea vesca (sweet chestnut) `. We have many trees in our MM and Salicales for example also feels fragile, but Salicales belongs to the forth column where the main themes are family motherhood, care, nurture and protect or it’s absence. Her nature was rather less evolved and like a small person who put Sisyphean efforts to cope with life. 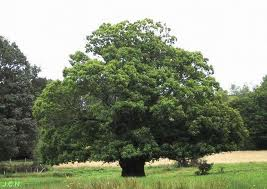 But the other thing that fascinated me was that even, the leaves of sweet chestnut are serrated, while for example those of Fagus salvatica are smooth. 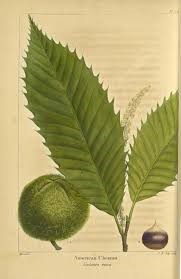 So, when we reach the level of the source or 6th level, the human being is already connected with all things in the Cosmos, so he can get in touch with the nonhuman substance that is the reason for his disease.

Fifteen days after the remedy she threw the crutches and could walk normally. Her personal life also changed: she became more confident and is now happy and could dance, jump, run what was not possible before.

If we look into many sources will understand that the reason for the disease lies even beyond past lives.

In his book ‘The healing path’, Torvald Detlefsen and Dr. Reudriger Dalke(medical doctor and psychotherapist) begin with the emotional level as the cause of the disease and reaches it’s original source dating back to the Fall.

Before it, the consciousness of mankind was united with that of God in one whole. Adam was an androgyne, both a man and a woman. The disease appears after Eve eats the forbidden fruit for the knowledge of good and bad. The snake tempted Eve to bite off this apple to become as powerful as God, but this played a cardinal role in the evolution of all mankind. Her happiness has taken her out of heaven and placed her in the world of formation (psyche). According to Zev ben Shimon Halevi, a prominent Kabbalist born in 1933 to a Jewish family in England and wrote 50 books on Kabbalah there are four levels of reality. The topmost is that of the Divine potentiality, below comes the Creation of essences, then their Forms and finally if they are destined to manifest in matter, the Physical universe. In short, he postulated existence of the four worlds: World of emanation (Divine), World of Creation (Spirit), World of Formation (Psyche) and World or Tree of Action (Body). According to Mikhail Ivanov (Bulgarian Kabbalist), there is unity in the world of Azilut or the Divine world; there are no polarities here. The separation began with the world of Creation, Beriah. This is where the history of mankind, described in Genesis 1: “On the first day God created the heavens and the earth.” After the Fall, the polarization that caused the disease appeared. We know that wholeness is health, and polarity, the opposite, leads to disease.

So, according to Galina Madjarova, a Bulgarian Kabbalist, we have Adam Kadmon, who comes from the Divine world, Beriatic Adam, who existed in the world of the spirit, and Yeziratic Adam, who is mentioned in the Bible.

In the beginning, man existed in the upper face of Yetzirah. There he was awake, but to create a companion for Adam, the Elohim put him to sleep and sent him as a consciousness into the lower face of Yezira, the world of formation. That is why we say that most people are asleep because the ego is in the Sefer Yesod of the world Yetzirah. In Yetzira’s upper face, Adam was both a man and a woman. Thus, the female side of Eve appeared in a separate form, ie. in the lower face of Yezirah.

As a result of the Fall, man’s lower soul, Nefesh, appears. This is the animal soul of the formation symbolized by the serpent that spoke to Eve (the passive side of the soul, Neshama).

If we have to summarize what has been said so far, we can say that before the Fall, man was connected with his Higher Soul and Spirit, and then goes down and this connection is broken and in its place comes the connection of Adam and Eve with the lower soul. – Neshama.

This is done by clearing karma by building virtues or by a suitable homeopathic substance.

What does clearing of the karma have to do with homeopathy?

Carl Jung speaks of the collective unconscious and concludes that man remembers the history of his ancestors from Creation to the present. Going even deeper into this matter, we come to Rudolf Steiner, a prominent Austrian anthroposophist, who in his writings speaks of the evolution of the world, according to which minerals first appeared, then plants, then animals and finally man. The consciousness of these four kingdoms are connected in a crystal lattice and one remembers the incarnation of each of them. It is also said in Kabbalah that in order to facilitate the descent of Adam and Eve into the natural world, the Elohim made them leather garments, which they clothed on their Yetziratic souls. These leather garments were their new organic bodies, subjected to all the mineral, plant, and animal principles characteristic of the lowest world, Asia or the physical world.

The conclusion is that the deepest cause of the disease is our inhuman nature, which is incarnated through the Lower Soul – Nefesh in the human body. As Rajan Sankaran says, the cause of the disease is the other song within us. There are two songs inside of us: one is human and the other is inhuman and comes from the realm of minerals, plants or animals, and we see it every day in our practice. The medicines we prescribe are mainly from one of these three kingdoms. The homeopathic substance is a similar to the human vibration, and when it interacts with the human electromagnetic field, it triggers a healing process of awareness and the vibrations of the other song gradually weaken and disappear, leaving only the human song to be sung. Of course, there are social causes for diseases, as well as lifestyle, living environment, but the main reason is this inhuman part of us. Once it is gone, we gain integrity, ie. health at all levels: physical, etheric, emotional, mental, cosmic and Divine.